“We must believe that we are gifted for something, and that whatever cost, must be attained.” Marie Curie I am currently working on a Marie Skłodowska – Curie living statue. She was both one of the greatest scientists in human history and one of the greatest Poles. She was the first woman to receive the Nobel Prize, the first  person to receive the Nobel Prize in two different scientific fields and the first women to teach at the Sorbonne University. 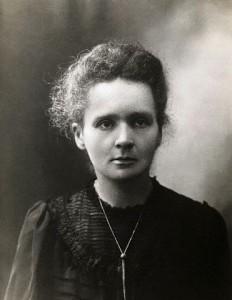 I’m working on this living statue as a special commission from the UfO festival. Why Marie Curie? The UfO festival is a street festival celebrating, in this year’s edition, the unusual, the iconic, the inspirational… Who better to represent those attributes throughout the history of human endeavour than Marie Curie?

I have just finished reading her biography (Marie Curie by Janice Borzendowski). Unbelievable! So fascinating and so revealing about the condition of female scientists at that time. You can read here a few quotes which particularly stood out and inspired me. It’s also a very short resume of her incredible journey:

“Manya had her heart set on advanced education, but girls were prohibited to go to college in Poland, (…) She would work as a private teacher tutor, a governess, and continue her studies at what called to be called the Flying University, an unofficial – and illegal – school system organized by Polish intellectuals. (…) If Manya was ever going to make something of herself, she would have to find a way to earn enough money to continue her formal education outside of Poland.

But the Nobel Prize brought with it something the Curies did not expect, did not want and did not know how to handle: fame.

Women were not allowed to speak at the institution, so Pierre (her husband) alone gave the lecture.

And it was her well-known pride and determination that led her to refuse the government’s offer of a pension – financial support – for her and the children.

She did not know how to drive. So at age fifty-three she would have to learn that as well – along with some basics about auto repair, such a show to change a tire and lean a dirty carburetor.(…) She traveled all over France during World War I, taking X – rays of wounded soldiers and training others to use equipment.

In 1908, she was finally given the official title of full professor at the Sorbonne, and she was now teaching the first course offered radioactivity.

How this women triumphed over political tyranny, poverty, gender bias, personal tragedy, and scandal and changed not just the course of science but also the course of the world is truly remarkable human history. Yet she never found it so. She once summed up her life in twenty-five words: I was born in Warsaw of a family of teachers. I married Pierre Curie and had two children. I have done my work in France.

Marie had said just a year before her death: I am among those who think that science has great beauty. I do not believe that in our world the spirit of adventures is at risk of disappearing.” Marie Curie, J. Borzendowski